According to Garcia Lorca, there are 3 things that every person should do in life:


I basically agree but according to my personal way of seeing things, the dear Garci inexplicably forgot one thing:


Do you remember the "Monkey Island"? if you do not know what I'm talking about, you can also click anywhere else: - (((((

It was 1990 when in a typical day, I do not remember how and why, I installed on my first computer "IBM compatible" a new game. It was called "The Secret of Monkey Island".
I did not know much of the game and did not inspire me particularly, but only a few days later, had become my happy thought fixed. It had become my secret garden. A place to live another life, a temporary escape from everyday life. Then I played with "LeChuck's Revenge" and all other LucasArts masterpieces. I remember with emotion "Amerzone" and "Syberia" Benoît Sokal. Remember "Atlantis" of Microid and "brokens Sword" software revolution, "Blade Runner" by Westwood Studios.

Then a few months ago, in a creative moment, I realized that I had the knowledge and ability to create in a reasonable time a graphical point and click type adventure.

So exploiting deeply my medium graphics capabilities and programming that I have accumulated over time, I began to imagine how he could be the new "thing" and especially began to enjoy the pleasure and satisfaction to make this happen.

Here are some pictures of the project being developed: 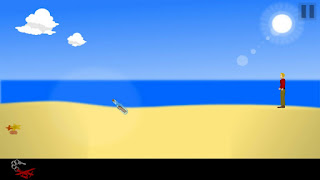 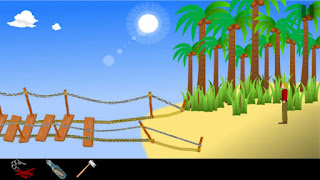 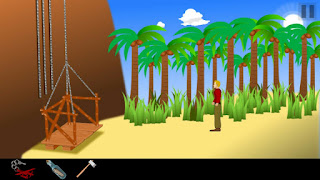 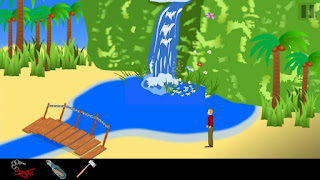 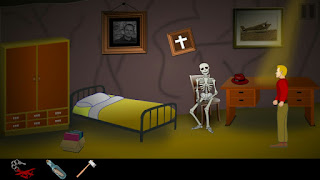 Yes, it is true, the graphics could be cured but it is just the beginning.


And as they say those guys in Hollywood when they advertise their job:

and this is my TEASER TRAILER: