Confessions of a FPV pilot. The rover - Part 1

New rules from ENAC (Italian Civil Aviation Authority) seem to forbid the FPV. The situation isn't yet clear. But in meantime...

Like water that seeps into every crevice and find new ways to satisfy his nature I decided after some googling to build a web video controlled rover.

I built something similar some time ago. It was a little rower with three wheels and was the terrestial father of the TZagi plane that I described in the post "Confession of an FPV pilot".
I modified two model servos for continuos rotation and I added a surveillance camera with a 2,4 GHz trasmitter. I linked the video reciver to the TV in my living room and  I drow the rover that was in my garden with an old two channel model transmitter.

I never saw my garden from that point of view. It was a new place. A little planet full of mysteries. There were huge monsters like cats, hens and hedgehog. It was a videogame with which I could lose myself for hours. It was 1997 and I followed with passion the events about Mars Pathfinder project. In those days was born my wish to build a little personal rover. 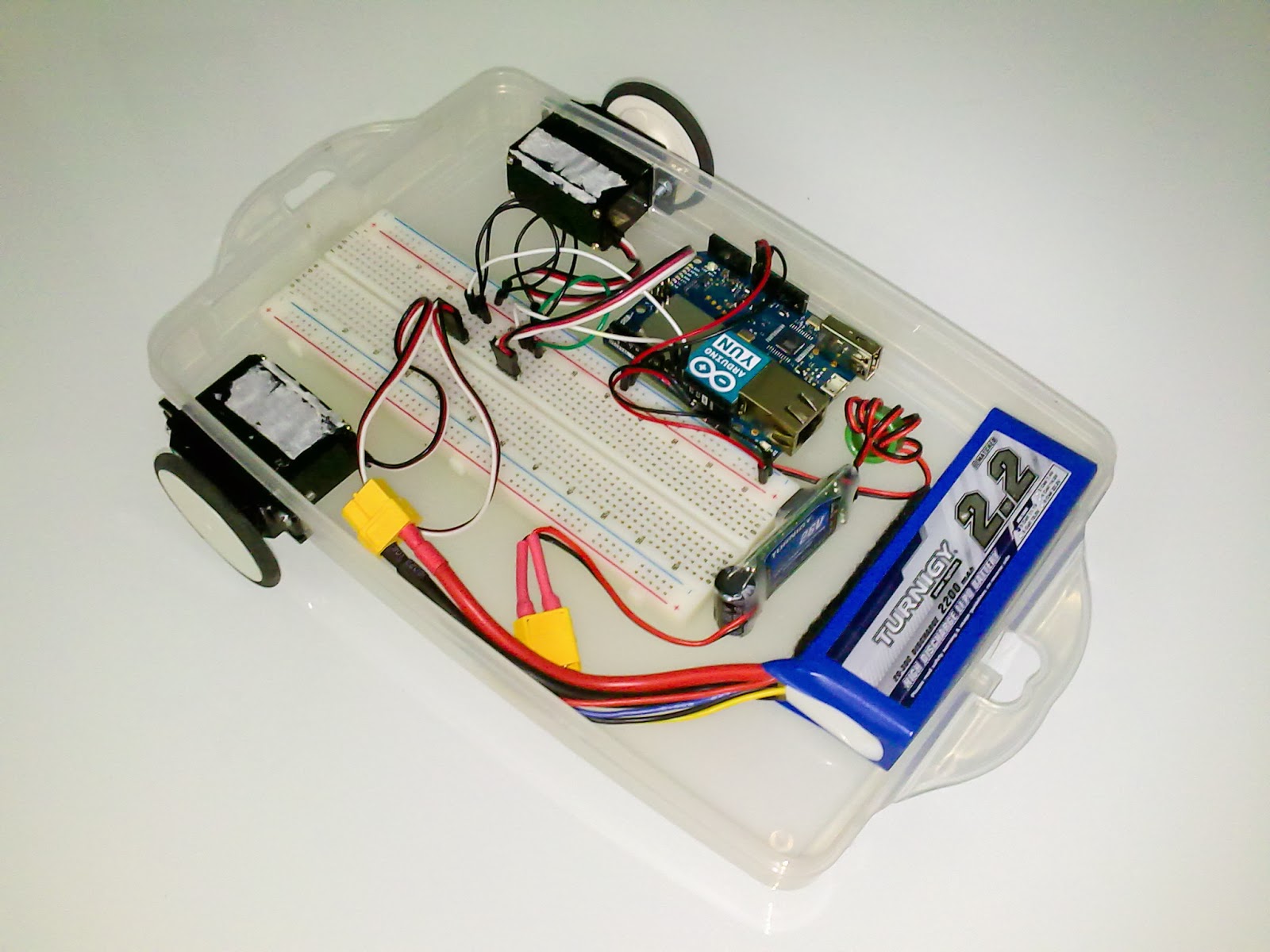 I know! It is very nasty now and I think I'll have to work hard on design.
I got some parts from my planes and I stole a plastic tray from the kitchen to have a board where place a bunch of components that allow me to develop the software.
The rover has:

This is the project diagram: 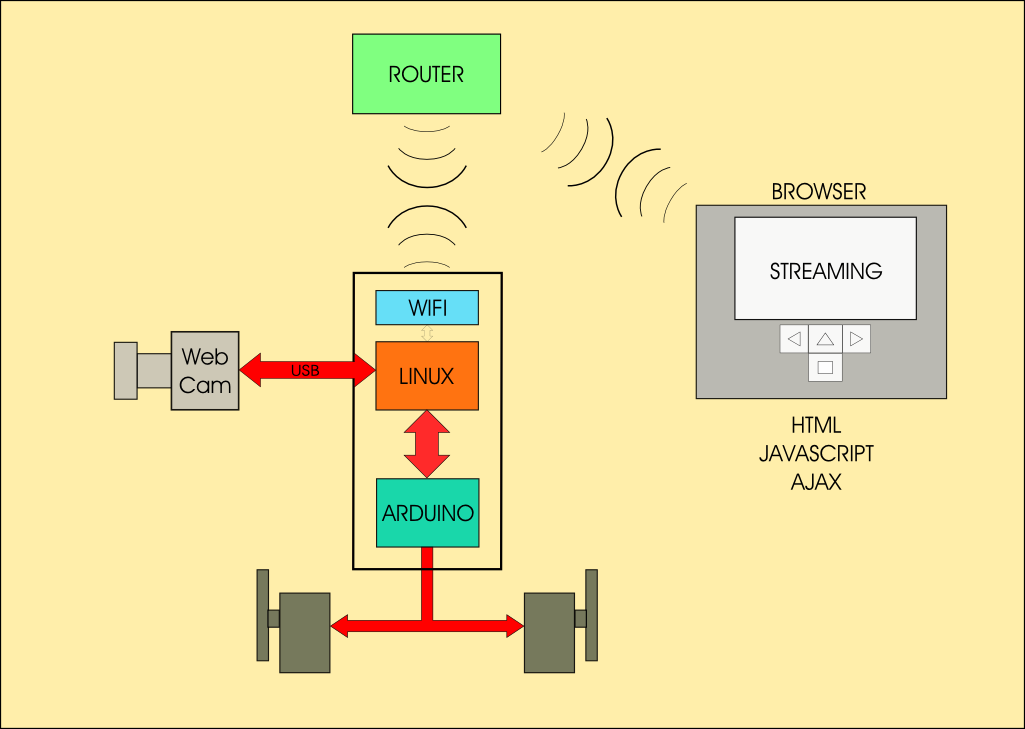 In the next post I'm going to describe the software.